TIES received the Best Paper Award Silver Medal at the international conference, The 32nd Annual Conference of the Asian Association of Open Universities（AAOU2018）held at Hanoi, Vietnam on October 22-27.

Since one of the topics the conference focused on was “New Technologies in Open Education,” the keyword “blockchain” appeared in keynote lectures and many parallel sessions, making us acknowledge that the Asian countries have a great interest in the application of the blockchain in education. Because our research was able to propose specific methods and implementation examples of the blockchain, it gave a high impact to the audience thus leading us to receive the award. 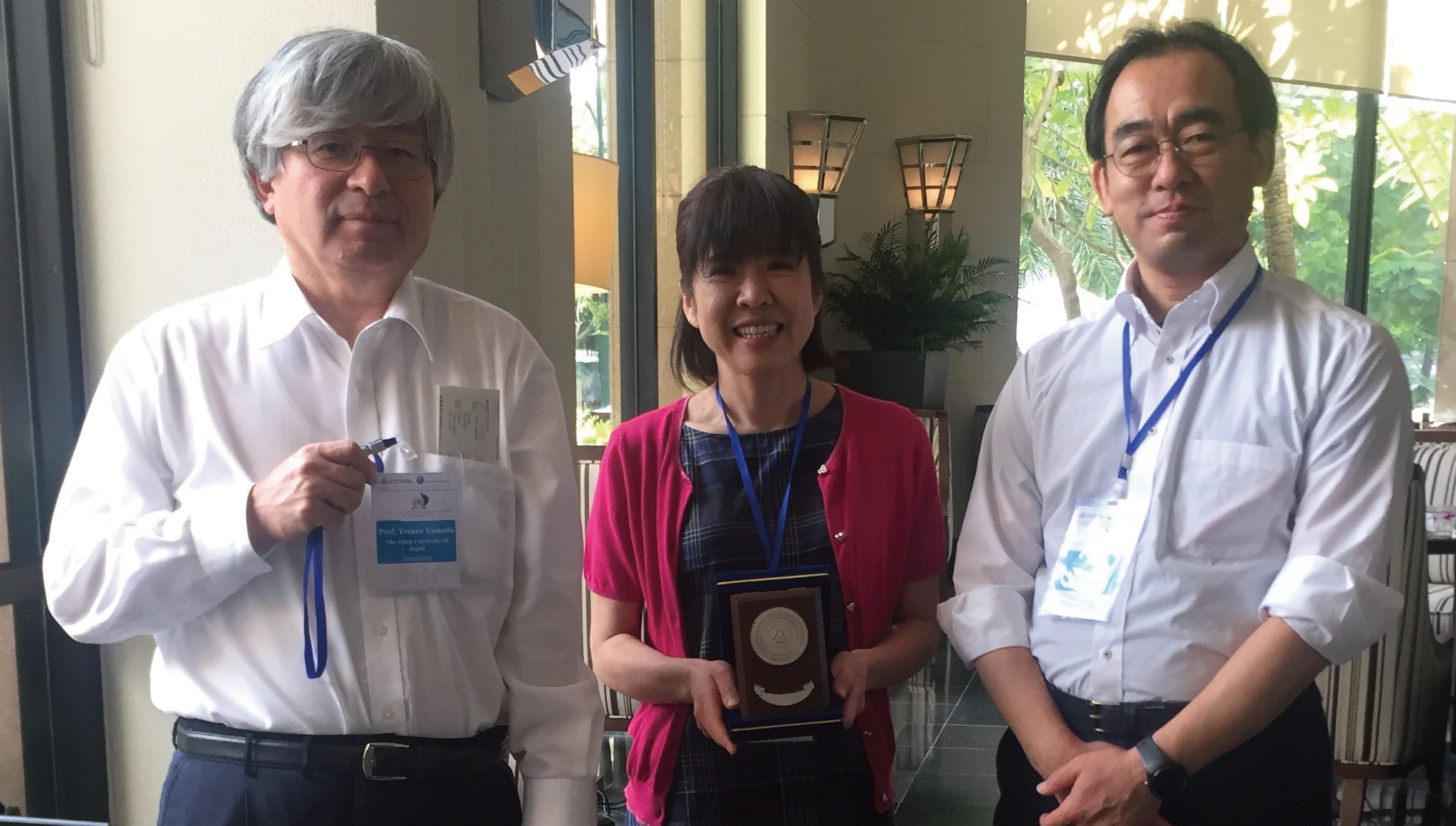 (From the left: Prof. Yamada, Hori, and Dr. Kita attended the conference held in Hanoi)

This was the second time that NPO CCC-TIES received the Best Paper Award Silver Medal since 2014.